A Solstice That Turns The Page On A New Era

A Solstice That Turns The Page On A New Era

Over the course of the summer, I have been logging some serious miles to Southern Utah to work on The Zen Nest project. One of my favorite features of the house is its floor-to-ceiling windows that have an expansive view of the western horizon. The “backyard” is a sheer edifice overlooking the national parks, and the mountains, forests, trees, and sky seem to meet in an uninterrupted plane. It is here that I love to watch the sunset each night. As the stars emerge, I always feel compelled to capture them on The Nest’s EarthCam or take a picture of them on my iPhone. I could stare at the stars for hours and it is humbling to know that they have been watching over us, season after season, rotation after rotation, since the beginning of time.

“Before we invented civilization our ancestors lived mainly in the open out under the sky. Before we devised artificial lights and atmospheric pollution and modern forms of nocturnal entertainment we watched the stars. There were practical calendar reasons of course but there was more to it than that. Even today the most jaded city dweller can be unexpectedly moved upon encountering a clear night sky studded with thousands of twinkling stars. When it happens to me after all these years it still takes my breath away.”

– Carl Sagan, Pale Blue Dot: A Vision of the Human Future in Space 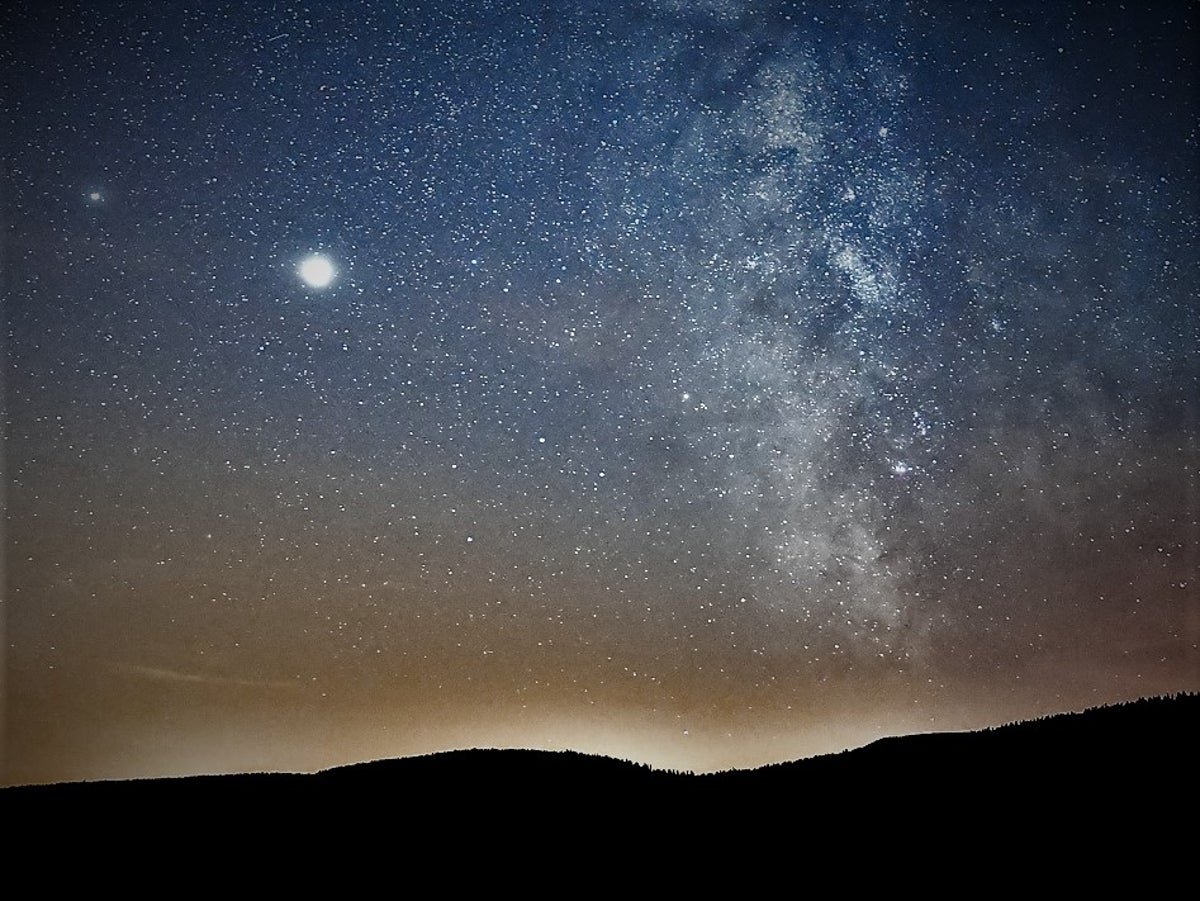 Since ancient times, humans have looked to the sky for answers and inspiration. Practical things like navigation, when to plant and harvest, the shape of the Earth and its orbit, and other innovations have stemmed from humans’ observations of the sky. Stars and their movements have founded mythological and oral traditions. The moon steadily circulates through its own 30-day cycle, 12 times a year; widely-celebrated holidays – including Chinese New Year, Ramadan, Rosh Hashanah, and Easter – rely on this lunar calendar.

Today, “The Great Conjunction” occurs in tandem with the Solstice. The Great Conjunction is a 0.1-degree meeting between Saturn and Jupiter. Although they will be 400 million miles apart, their aligned paths will appear to us as one large star. This spectacle is best viewed in the Southwestern skies shortly after sunset. The alignment is a rare occasion as it has not been seen for 800 years. And because this conjunction occurs with the constellation of Aquarius it is noted as the beginning of the Aquarian Age, a time of technology, innovation, air, and speed.

These astrological events – both common and once-in-a-millennia types – remind us of a much bigger picture than our day-to-day lives. As discussed in November’s MIT Technology Review summary, our modern world is propelled by short-term thinking and deadlines like quarterly earnings, school semesters, political terms, and short bursts of activity labeled as “temporal stresses.” The Great Conjunction and the constant cyclical movement of the planets is an ever-present example of long-termism. Saturn, which takes 29.5 years to rotate the Sun, and Jupiter have not met under these alignments since the year 1226. They will not meet again in a conjunction formation until March 2080 and not so close to an arc for another 850 years.

The Great Conjunction closes out the last weeks of 2020 but its majesty inspires us to look forward with altruistic minds to the possibility of 2021 and the big picture of all that we have learned and achieved. At a moment of our greatest challenges, we have leaned into fortitude, resilience, wisdom, pragmatism, and clarity — accelerating disruption, ingenuity, and transformation to move our civilization forward in anticipation of being present for another Great Conjunction. And I am certain that the bedrock cliff that is home to The Nest will witness the next conjunction and next, just as it has watched the sky for millions of years.

Innovation is not only about creating new things, it's also about streamlining and simplifying existing processes. #innovation #simplification

Mindfulness can be done anywhere, anytime, making it easy to incorporate into your daily routine. #mindfuleveryday

Innovation is not just about following trends, it's also about creating them. #innovation #trendsetter

How To Get Started With Natural Language Question Answering Technology via @forbes https://bit.ly/3IY6IUz

Imagine a future in space where pellet-beam propulsion systems speed up travel to other worlds, pipelines on the Moon transport oxygen between settlements, and Martian bricks grow on their own before being assembled into homes. https://go.nasa.gov/3IKb7dp

Innovation is about continuously learning and adapting, not just repeating past success. #innovation #learning

The tech could make its way to production vehicles as early as 2025.
https://engt.co/3Xp9qWO

Data is the key to successful digital transformation. By leveraging data, companies can improve decision-making and drive growth. Are you making the most of your data? #datadriven #digitaltransformation

Innovation is the key to staying ahead in a constantly changing world. It is the driving force behind progress and success. #innovation #progress

Responsible technology use is increasingly a concrete business consideration, motivated by a diverse set of priorities and focuses.

The future of business is digital, are you keeping up? The companies that succeed in the digital age will be the ones that continuously transform and adapt. #futureofbusiness #digitaltransformation

To be mindful, try setting aside time each day for meditation or deep breathing exercises. #selfcare

Innovation doesn't happen in a vacuum. It requires a culture of creativity and collaboration. #innovation #teamwork

This is the year of the AI artists. Software models developed by Google, OpenAI, and others can now generate stunning artworks based on just a few text prompts. https://bit.ly/3vVn5Jz

"The cloud is playing a major role in enabling digital transformation by providing scalable and cost-effective infrastructure."